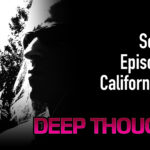 For most, the California fires have reached a frequency and absurdity that points to government creation and extortion of Federal funds by any means necessary to pay for Agenda 21 sanctuary cities and other horrific programs that rob the sunshine state of its glory. Since the Democrats have taken control, California has gone from being a global icon of culture and opportunity to a cesspool of feces covered cities with rampant drug use and illegal migrants being given more priority than indigenous citizens. In this episode, we expose the several impossibilities when it comes to one in a million fires being peddled as common occurrences. Enjoy.